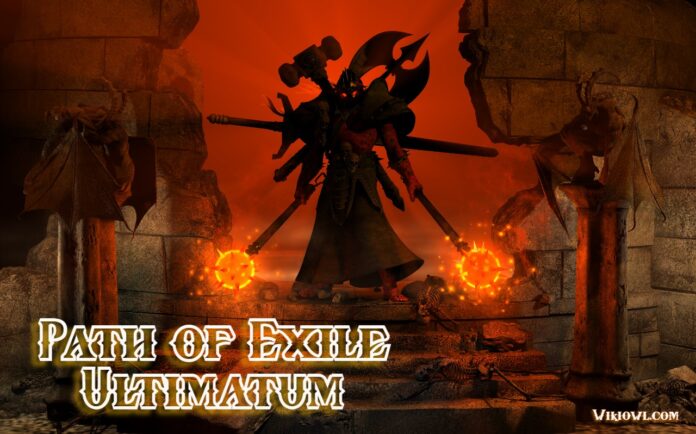 Players of Path of Exile felt betrayed and downright insulted over Grinding Gear Games’ actions during the launch of the Ultimatum expansion, but what exactly happened?

Everyone was excited for the Ultimatum expansion to come out but things suddenly took a turn for the worse. Besides the issues that were plaguing the game itself thanks to server log-in concerns, players were not very happy about Grinding Gear Games’ decision to let paid streamers skip all the queues to play the newest expansion. To put it simply, the launch was a mess. Grinding Gear Games is often regarded as one of the best developers out there. By always lending an ear to its community and listening to their problems and suggestions about what improvements or additions could be made for Path of Exile, people often see them as a well-regarded group of developers that are passionate about their love for the ARPG. However, will this backlash possibly sour the relationship between them and their players? It seems that the fans are heavily displeased and no amount of PoE Currency or PoE trade could undo what they’ve done during the hyped-up launch of Ultimatum.

According to Chris Wilson, the producer of Path of Exile, everything can be blamed on “human error”. This is similar to what happened during the release of Outriders where players were being dumped out of the realm without any chance to get PoE Currency to PoE trade thanks to the servers not working as they should. However, what’s different between that and Path of Exile’s situation is that not everyone experienced the same thing–some had the privilege of actually playing the game by cutting through the line. Imagine as if it were someone cutting in front of a long line for a Black Friday sale. Wouldn’t that frustrate the others who were waiting in line for hours and invalidate their efforts of actually taking the time to go there early to be one of the first to get in? That’s exactly how the players felt during that time, and it’s perfectly understandable why they’re so miffed about it.

Besides the buggy queues and server problems that Grinding Gear Games were fixing during the downtime, they were met with a fanbase that went livid after they promoted the expansion. According to the developers, they arranged for a bunch of streamers to play the Ultimatum expansion as part of a paid marketing campaign to promote and advertise the gameplay on Twitch or other streaming platforms available. However, thanks to the login server issues that were still running amuck, the streamers weren’t able to play the game on time. At this point, Grinding Gear Games were running around like headless chickens that weren’t sure what to do next. The next course of action that they inevitably decided to take was to let those streamers bypass the queue for them to play the game.

Grinding Gear Games certainly expected the reaction of their fans to be negative, but they didn’t think it would be this bad. Players were outright offended by the move made by the developers. Those who were eager to play the expansion for the first time were frustrated that they weren’t able all the while the streamers get to have all the fun. This made the players think that they were mocked for their inability to play the game. Path of Exile has always been lauded for being a game that has a fair playing field at the start of every expansion or update release, but this time, it seems that Grinding Gear Games have missed their mark thanks to the disastrous launch. Wilson has stated that this will no longer happen in the future and that they won’t be making the mistake of allowing streamers to bypass the login queue. To prevent this outcome, he, along with the other employees, will be working hard to make sure that these issues will be resolved and history won’t repeat itself.

Grinding Gear Games has always had a good reputation amongst its players. Unfortunately, the Ultimatum launch didn’t exactly go their way and led to players throwing a hissy fit. Hopefully, they’ll be able to console their community by either trying to improve or fix these server and log-in problems or at least give them some PoE Currency that they can PoE Trade with others. What do you think about the backlash that the company has received for its oopsie? Do you think they’ll have the chance to redeem themselves in the future? Let us know your perspective on this down below.

The Angelina Jolie Guide To Gamik

Espe vi is a very fitting name for the game.

Is the Kucoin Exchange safe to use?

All You Need To Know About KuCoin Community (Social Media Platforms)

Amazing Future Of Crypto And KuCoin