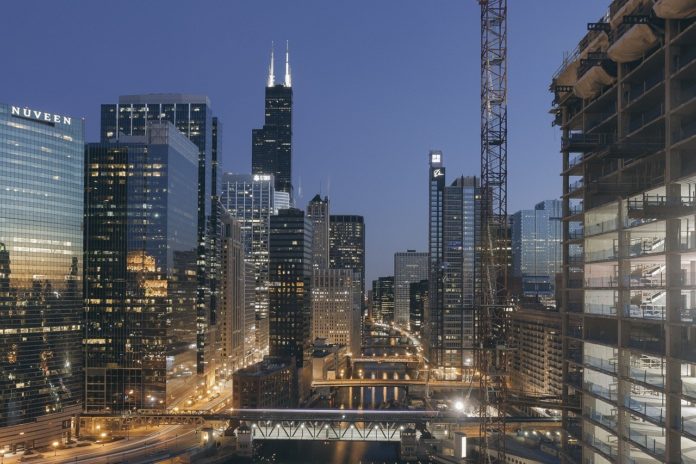 Chicago, also known as the Windy City, is one of the largest metropolitan cities in the United States. It is the third-largest after New York and Los Angeles. It is best known for its scenic skyscrapers skyline, live music environment, and fantastic food.

Chicago is one of the best places for both singles and couples, whether they are moving to a new city to fulfill their dreams or hoping to raise a family. The town offers all kinds of amenities, facilities, and opportunities for everyone to grow equally. We will explain  the things about what is living in Chicago like in this article.

While most cities in America are primarily meant for driving, getting around in Chicago is not that difficult without driving. The best way to get around is by walking or biking. The city is one of the flattest in the country, and by that, it means that one doesn’t have to bike long distances up hills like in Seattle or Pittsburgh. In Chicago, one can easily spot cyclists around every day. The public transportation system in Chicago is also very accommodated. It has a train system that is L-shaped that helps individuals get around the city. It also has an extensive bus route which connects all corners.

Chicago is known as one of the most educated in the country and hosts some of the world’s best universities. The University of Chicago is the best among them, and it has a diverse student base from all around the world. Northwestern University is also another one. Since Chicago accommodates international students and its opportunities, many students from abroad decide to settle in their city. This is why Chicago is so diverse and well educated.

Chicago also isn’t shy of people who want to go on a spending spree for shopping and dining. It has all the luxury and designer stores to thrift shops in various parts of the city. The Magnificent Mile and Michigan Ave are some of the best hot spots to hit for shopping. Chicago is also very famous for its food. Chicago-style hotdogs and deep-fried pizza is celebrated all over the world.

Chicago also has many parks that see a regular footfall of runners, joggers, and cyclists. One of the best attractions is Lake Michigan, the heart of the city and the park surrounding it. One sitting beside the lake can appreciate the city more, looking at its remarkable architecture and quaint atmosphere. Millennium Park is where the famous “Chicago bean” is placed, which is recognized internationally.

Every year Chicago hosts Lollapalooza, the Chicago Jazz Festival, special events on Saint Patrick’s Day, Christmas, Halloween, and every other occasion. It is known to host some of the best theatrical events, country fairs, and culinary events.

It is clear that for an individual who moves in or visits the city, there is no lack of activities to do. You should know the best neighbourhoods to live in.

Chicago is known for its winter, much harsher than NYC’s winter. Someone living in Chicago can experience layers of snow in their driveway but also hot summers, which is when Chicago hosts its line of events.

5 Smile-Inducing Features of an Orthodontist Parramatta

How Can Sex Toys Affect Relationship?