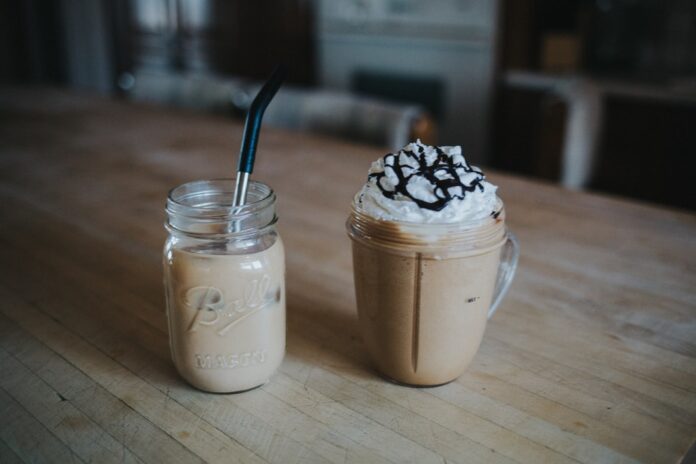 Everybody loves to watch films and TV shows. Many TV shows surely entertain people with dialogue, characters, and stories. But other things also catch the attention of viewers. For example, there are multiple food scenes from many TV shows that are very memorable and fantastic. When food suddenly appears on your TV, it looks so good. TV shows usually display typical dishes that we can cook at home or made-up meals which are unique.

So, people want to try the amazing dishes from many TV shows. But sometimes the problem is that we cannot find these unique dishes in the restaurants. For example, there is a dish named Milk Steak that is nowadays a popular topic among the people. This dish appeared on the sitcom series called It’s Always Sunny in Philadelphia, a long-time running comedy show in the history of American television. The first episode aired back in 2005, and its fourteenth season arrived in 2019. The series features stars like Rob McElhenney, Charlie Day, and Glenn Howerton in the lead roles.

The story of this series focuses on the deeds of a group of selfish friends who operate the Irish bar Paddy’s Pub in South Philadelphia, Pennsylvania. The sitcom series airs on FXX. So, many viewers are still wondering if Milk Steak exists or not as this dish sounds mystifying. So the truth is that this dish exists, and the good thing is that you can make it in your home. We have come up with the recipe for Milk Steak for all of you. By checking this recipe, you will be able to make a Milk Steak at your home. We will tell you about all the required ingredients and the procedure to create this unique dish. So below are all the essential details regarding the Milk Steak dish; keep reading:

What Is Milk Steak?

So many people already have doubts about what is milk steak and also its origin. If you support this series named It’s Always Sunny in Philadelphia, you have already heard about this dish. If you are still unfamiliar with it, Milk Steak is an uncommon dish that is the favorite food of the character of Charlie Kelly.

So the Milk Streak dish is a literal steak that is boiled in milk. Kelly loves to eat the dish with raw jelly beans. Milk Steak first appeared in the Season 5 episode titled The Waitress is Getting Married, where Charlie. It is also later discussed in the same episode as Charlie orders it in a restaurant. Then it was mentioned in the Season 13 episode titled Charlie’s Home Alone. This dish received popularity from this sitcom series, and some people find it very interesting. Also, it’s something unique to eat as the combination of milk and steak is also different.

There is also a story behind the creation of Milk Steak. This dish was present in the script after someone in the writer’s room misheard “milkshake,” and they believed it was funny. This show is famous for featuring unique dishes. Apart from Milk Steak, we have also seen other dishes like rum ham, the Grilled Charlie, and Fight milk. Fans of It’s Always Sunny in Philadelphia loved the idea of the dish Milk Steak and even tried to recreate it. They just wanted to check how this dish would taste. But many people were not successful in making the dish. Not everybody can make this unique dish. But you don’t need to bother as we have also come up with the recipe for Milk Steak. So below, you can check the recipe for the Milk Steak dish.

After seeing the Milk Steak dish on the TV show It’s Always Sunny in Philadelphia, you also wish to make it at your home. If you want to know how to make this dish similar to the show, then you are at the correct place. We have come up with a milk steak recipe for you. So this recipe is for the steak to be boiled in milk. The procedure for this dish is unique as steak is not usually cooked like this. Boiling is not a standard method to cook steak, but Charlie prefers his Milk Steak boiled over hard. If you are a supporter of the series, then you should eat this dish with raw jelly beans as Charlie did.

The procedure of making this dish is enjoyable and unique. If you cook this dish properly, then it will still taste the way it should. If you follow our milk steak recipe, then it will taste great. Below you can find the essential ingredients and also the process for making Milk Steak. Keep reading and don’t miss anything:

These are the essential ingredients you will need to make this dish; without them, you cannot prepare it. So have a look at all the elements of Milk Steak below:

After understanding the ingredients, now have a look at the steps for cooking the Milk Steak dish as you noticed in the show:

So now we hope that you are aware that this unique dish named Milk Steak exists in the real world. The above recipe will surely help all the fans of It’s Always Sunny in Philadelphia to make the unique dish of Milk Steak. You can recreate it comfortably at your home. You can easily find the ingredients to make this dish.

It will give you a taste that you have never experienced before. By following the above recipe, you can recreate the dish very well. The Milk Steak has received so much popularity from the sitcom series named It’s Always Sunny in Philadelphia.

It is one of the famous sitcom series around the world and still running on FXX. So the fanbase of the sitcom series, It’s Always Sunny in Philadelphia is very much. The character of Charlie Kelly loves to eat unique food items, and Milk Steak is one of his favorite dishes to eat. So this article will be helpful for all the fans who want to make Milk Steak in a good way and enjoy this unique dish similar to the character of Charlie Kelly.

What Is Pubg Konse Desh Ka He, Anyway?

Experts Of Genoa Salami Don’t Want You To Know

The Simple Formula for Success in Bhool Bhulaiyaa Netflix

How Solar Energy Is Produced

4 Updates Every Phoenix Homeowner Should Consider